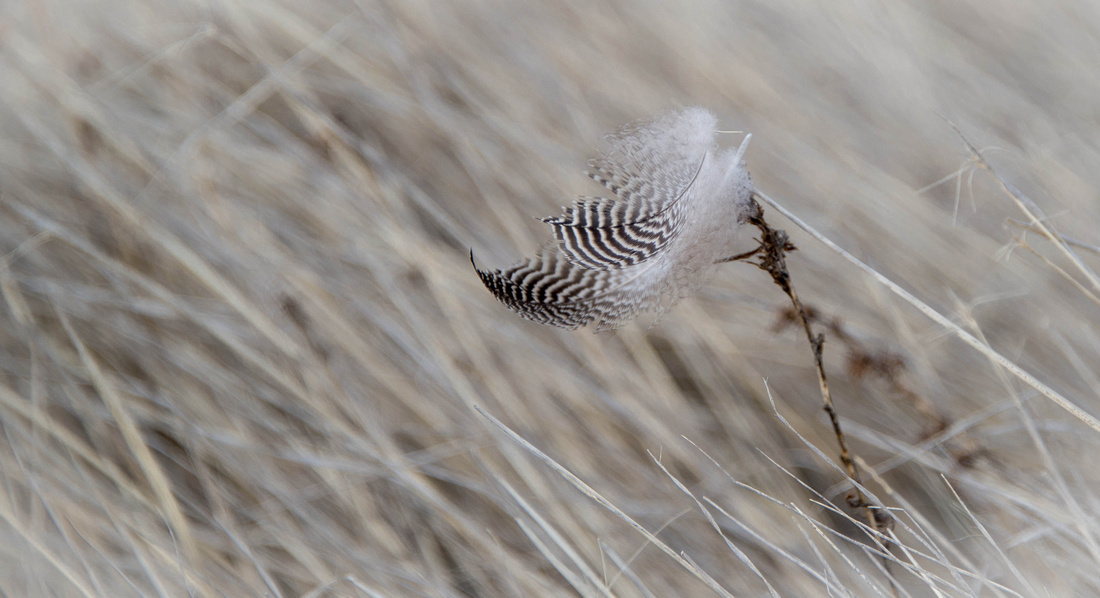 After being snowed on last weekend at Frank Lake I decided to return on Saturday and see what I might have missed that day. There is a wonderful observation blind that stretches out into the water, still within the reeds but with a great view of open water too. I found that if you stay in there long enough a variety of waterfowl will pass through the clearing. In addition there are the birds who have decided to make the area their nesting ground. 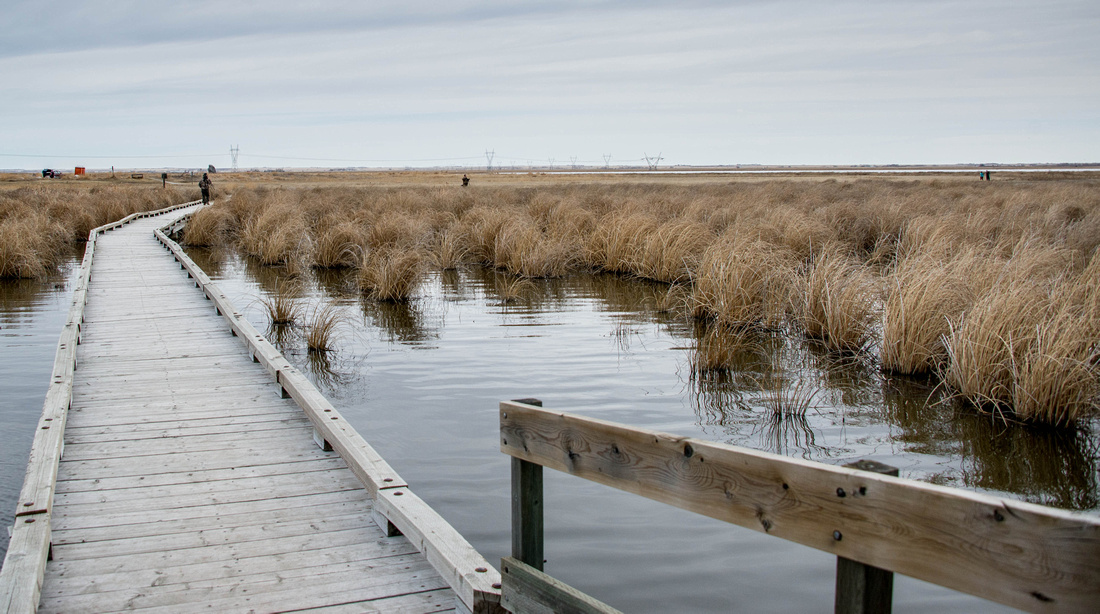 It seems the most effective tactic is to make a lot of noise, make yourself appear as large as possible and attack swiftly scaring the would-be squatters off your mound. After the interlopers flee make a tour around the area with your head down and ass up trying to look as sinister and threatening as possible so they think twice about returning. It never really worked because as soon as Mr. & Mrs. Macho returned to nest number one, another attempt would be made at acquiring the vacant nest. 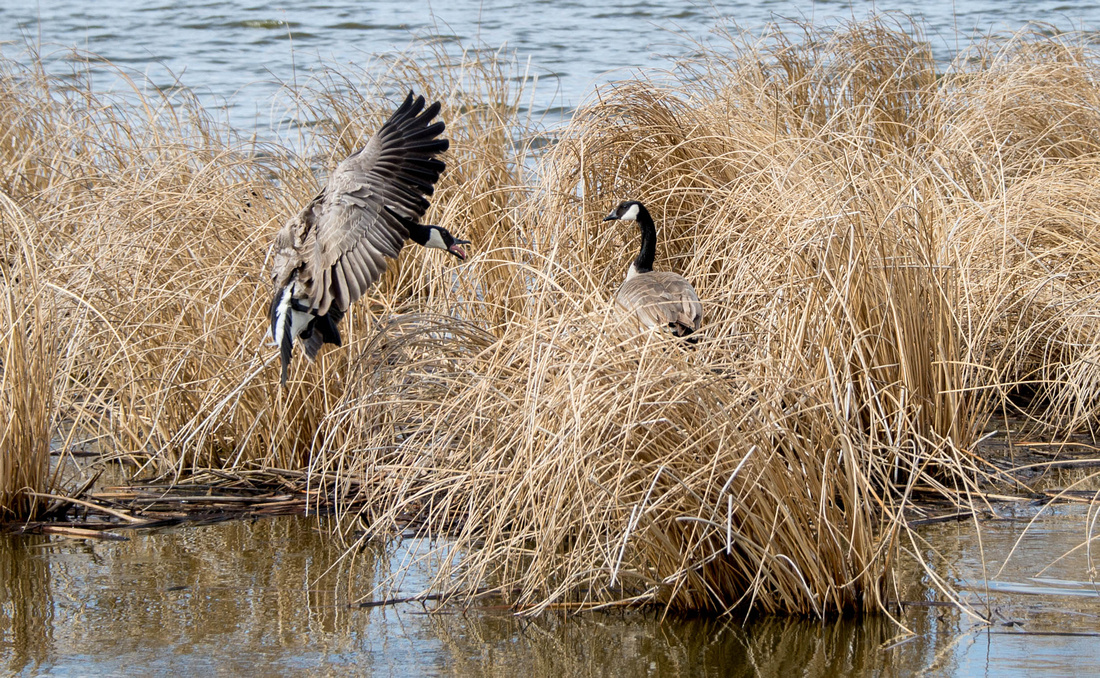 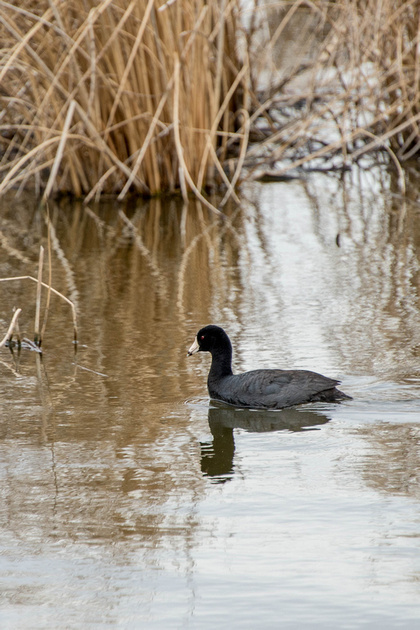 In addition to the geese there were a number of American Coots who seemed to have set up housekeeping in the area. They are a solitary little bird that kept close to the reeds.

As my Birds of Alberta book refers to them "a delightful blend of leftover pieces from other birds: it has the bill of a chicken, the feet of a grebe and the body of a duck".

Next visitor was a Greater Scaup with his mate. They may have been put off by the constant squabbling of the geese because they did not stay long.

I was distracted by some bird sounds outside my view from the blind so I left for a moment to check it out – nothing to report, but when I returned, there sitting in the middle of the clearing was a pair of Horned Grebe. What a treat! 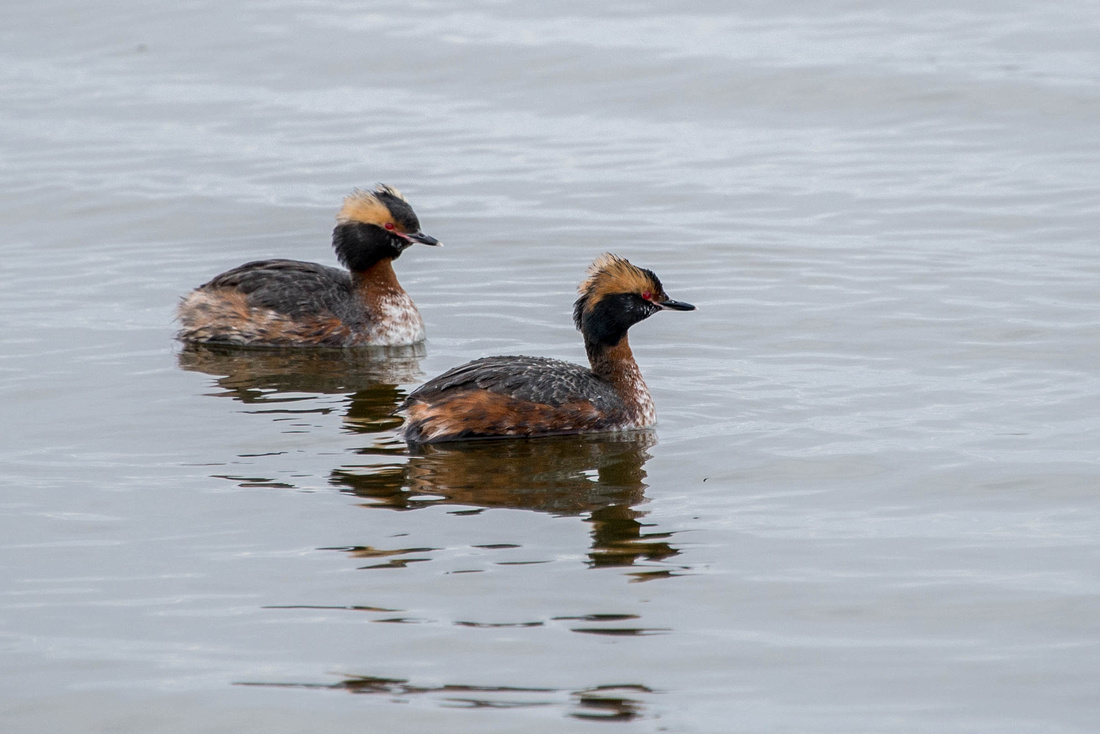 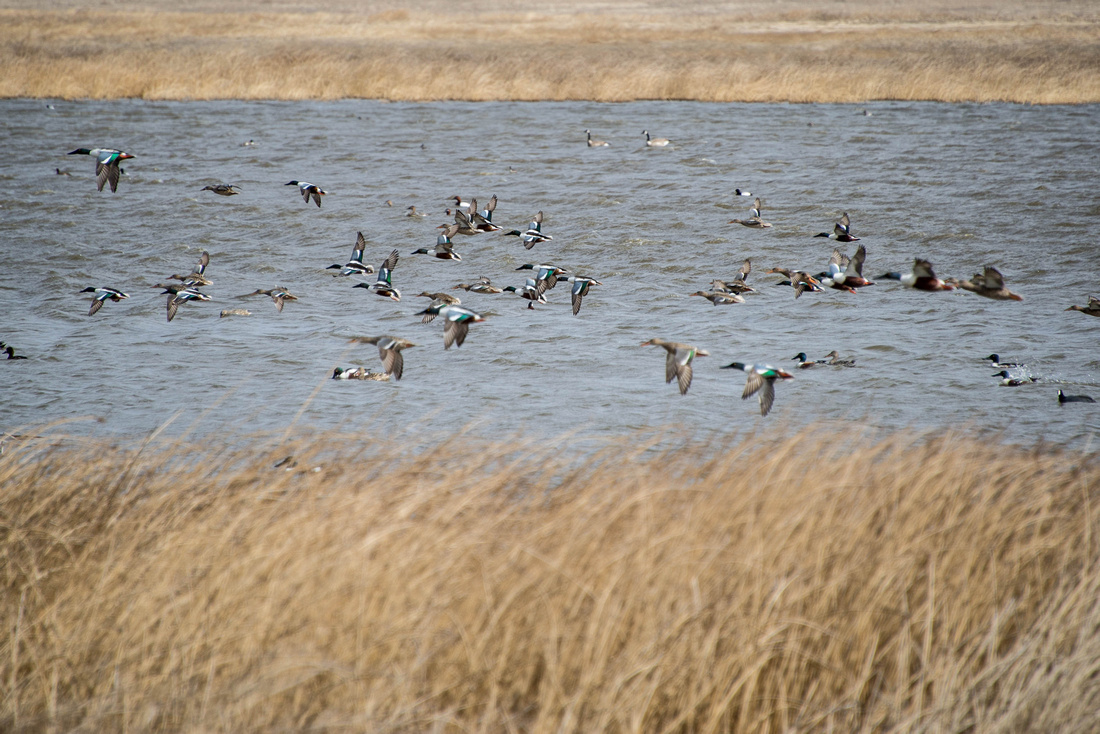 I was headed for home when I met a friend who thought he could help me find the courting dancing grebe so I did a quick turn around and headed back out. We didn’t find any dancing grebe but did come upon a couple of hundred Northern Shovelers. I tried to put the sneak on them but they were pretty nervous and I did not get very close before they lifted off – maybe they had been hunted hard before getting back to Canada and our no spring hunting season.

The flashes of blue on the wings made for a striking sight. 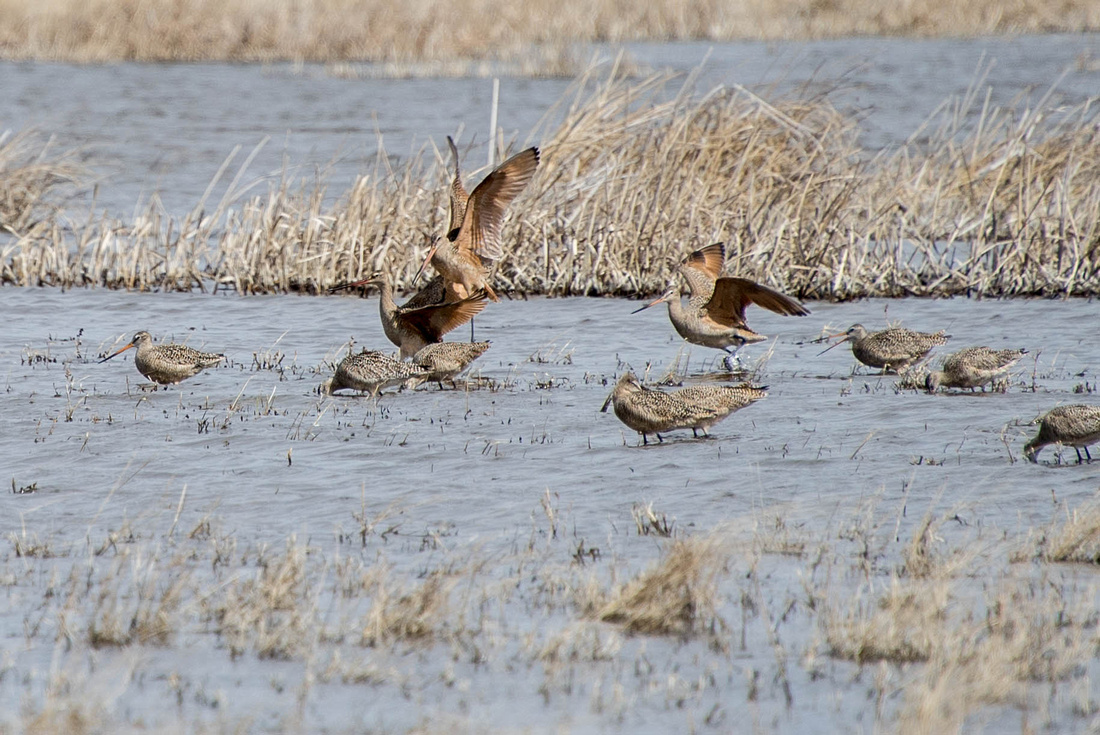 Finally our search brought us to a group of Marbled Godwits. We had to hike across a stretch of prairie and I can see I will be needing to purchase a pair of rubber boots if I’m going to be doing much of this kind of birding activity. They were pretty unconcerned about our presence but then we couldn’t get too close due to the marshy conditions. Not sure what they were up to some of these guys were stretching their wings out which showed off a lovely russet colour. Eat, preen, sleep, repeat seemed to sum up their routine.

Last but not least a few Black-necked Stilts. I love that name, with legs like those what else could they be called that would be more descriptive.

And so ended Frank Lake Round Two. Looking forward to round three, four, five etc. I'm sure there will be many more outings there. There are more species yet to arrive home from their time down south - as the local experts were saying the bug eaters have not returned yet due to a lack of food. Even without them there is plenty of activity with lots of species passing through or setting up nests, while still plenty yet to arrive. I am especially looking forward to baby season. I understand watching baby grebes and coots is amazing. Anyone want to join me just give me a shout and we will work it out.

I did pick up another tip – when shooting in less than ideal conditions (it was some kind of windy!) check your lens periodically. It’s easier to keep it clean than to remove unwanted spots on your images from some foreign objects that has attached itself to your glass.

I know sometimes when packing up gear to go out shooting it feels like you've packed up everything but the kitchen sink, nevertheless, consider adding one more item when hoping to photograph birds - a pair of binoculars or a spotting scope. They will make your experience much more enjoyable.