As a continuation to my last post, here are a series of images I took when Rob and I went out to find a bin for a load of garbage. We just could not bring ourselves to create a pile of it in the front of our place so we loaded the truck up a number of times and went in search of a dumpster bin with space.

After we were allowed access to our neighbourhood we soon realized that life in High River, for the near future at least, would be considerably different. Firstly - a large percentage of the population were not presently residing in town. We soon found that early mornings and evenings were the best time to go out and see how our town had been impacted by the waters that rushed through. Even at this early hour of the day seeing an ambulance passing by in a hurry quickly became common place. 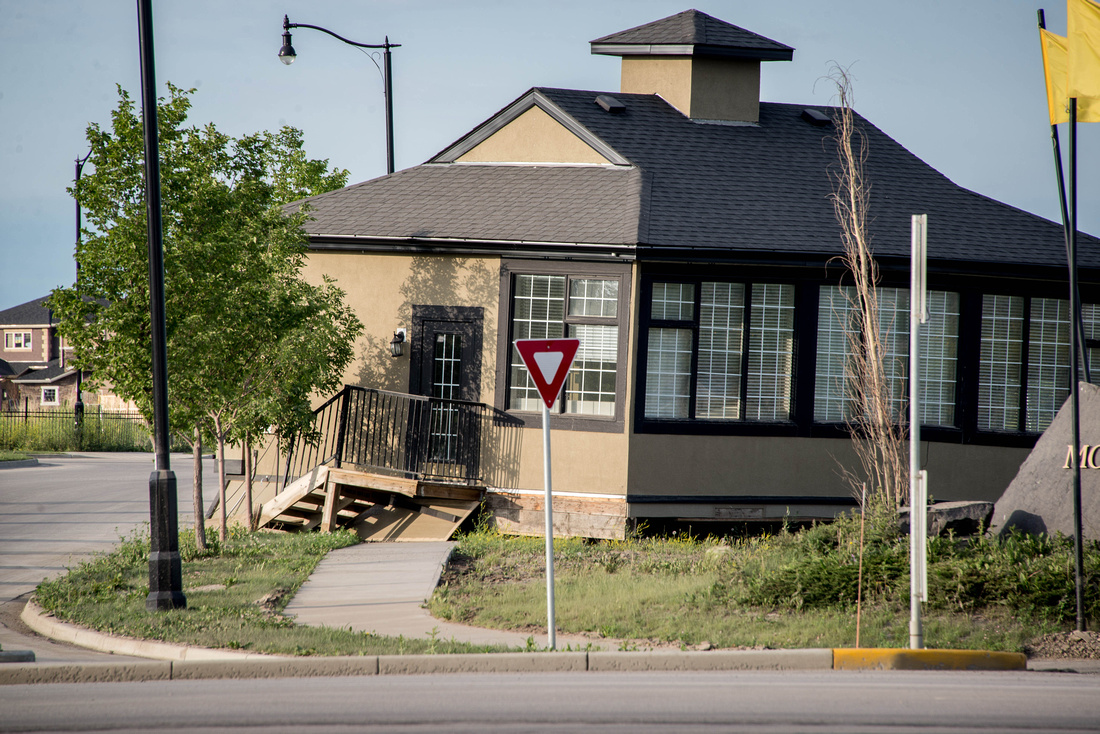 While this looks impressive this was a temporary structure on a temporary foundation. Still the fact that it moved at all is a testament to the power of water. Someone was good enough to tether this boat to a whistle sign. Not sure if they thought it might go somewhere but thoughtful nonetheless. 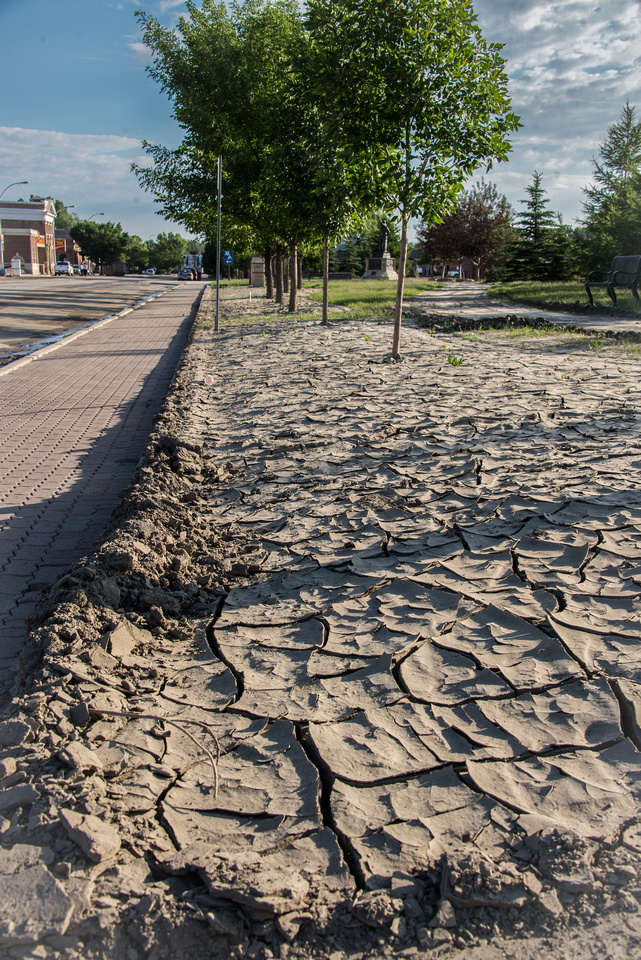 The mud was so deep in places that it was still not dry almost two weeks later. 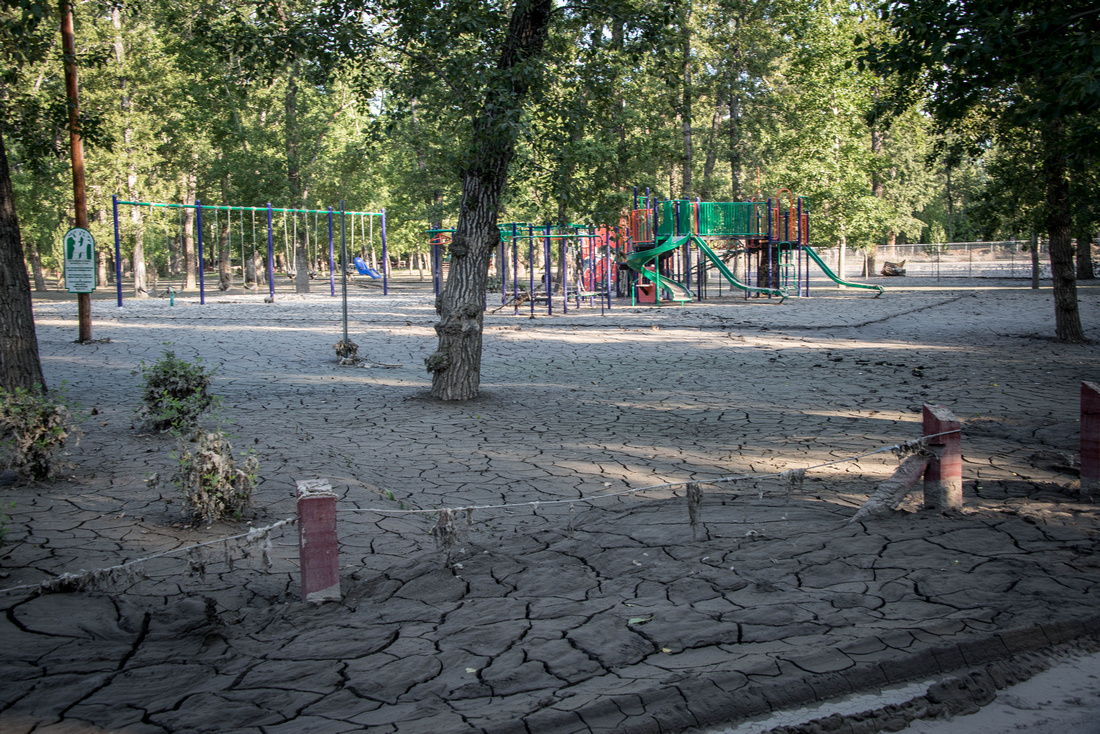 There was no place that the waters touched that did not receive a coat of muck. Sometimes inches and sometimes much more. 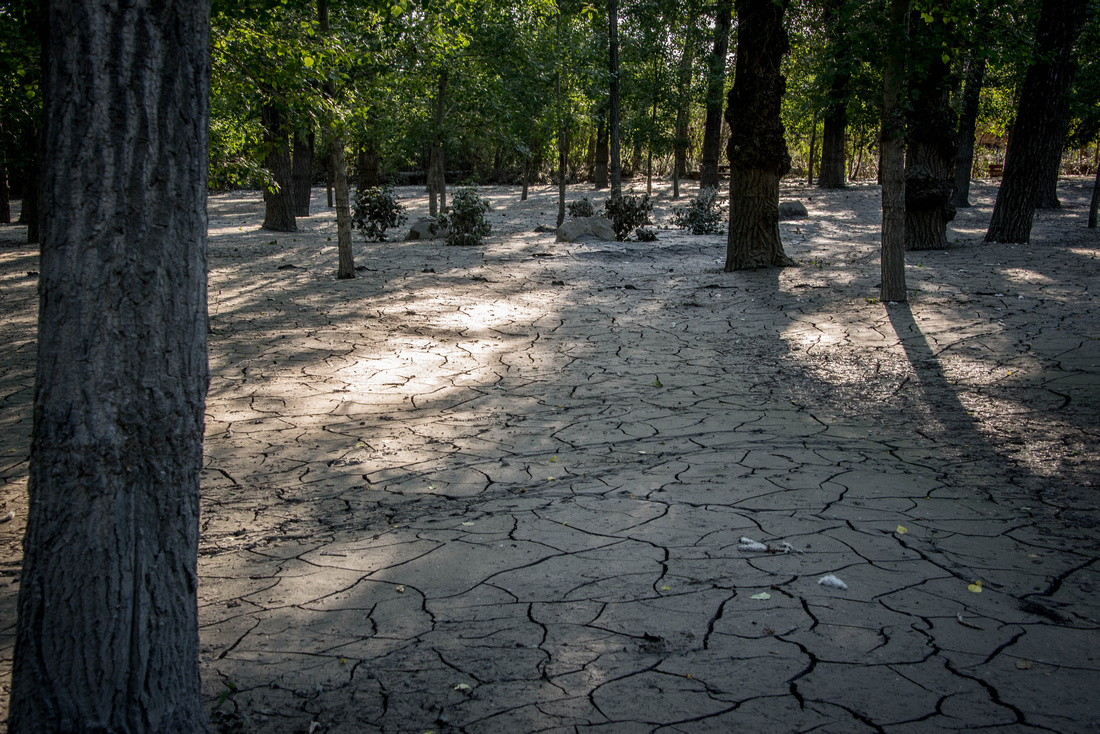 This is normally a peaceful view of sunlight shining through the leaves onto the grass. We have the sunlight and the leaves but the grass is buried beneath a foot of mire. 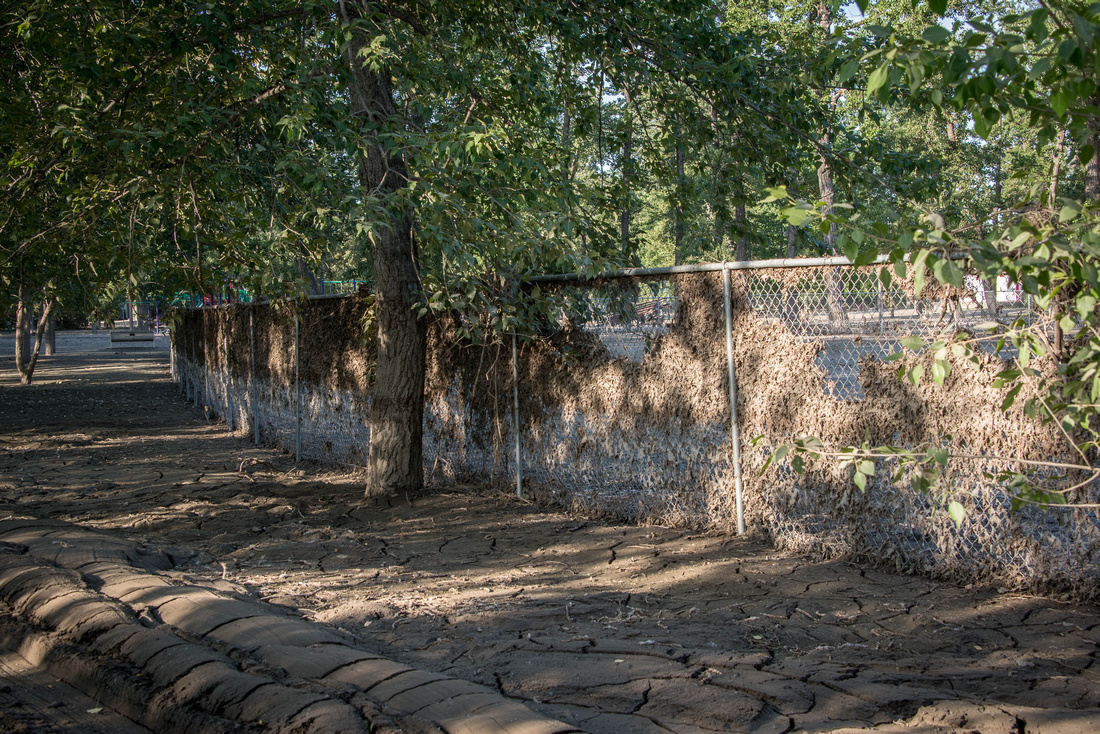 I think this must be about a 6 foot fence so we can see how high the water was as it ran through this area. 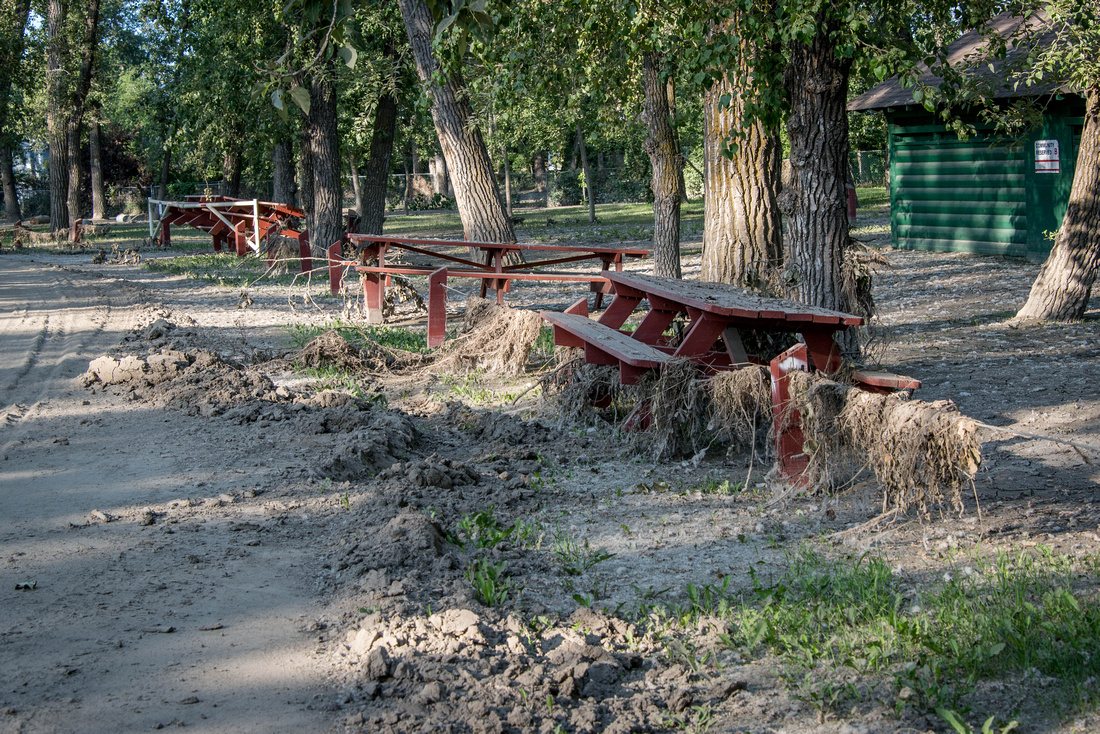 Nothing stayed where it had been including the picnic tables in the park. 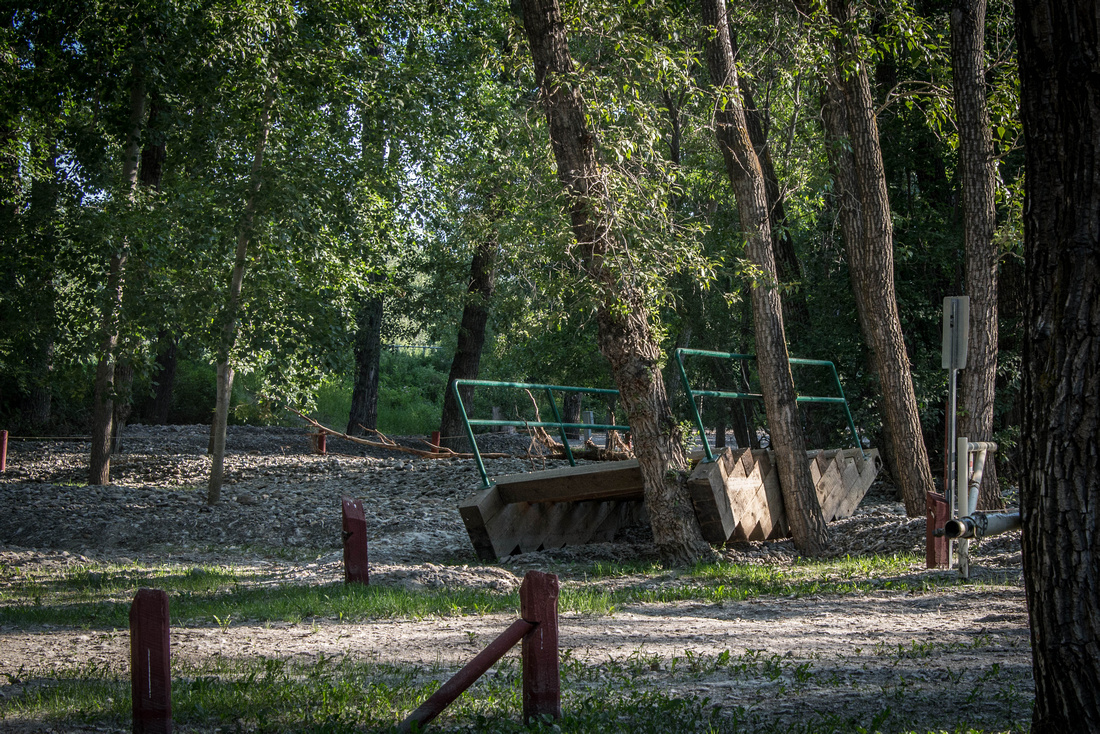 This set of stairs didn't travel too far before becoming hung up against some trees but can you imagine if these had not been stopped the damage that they could have wrought. 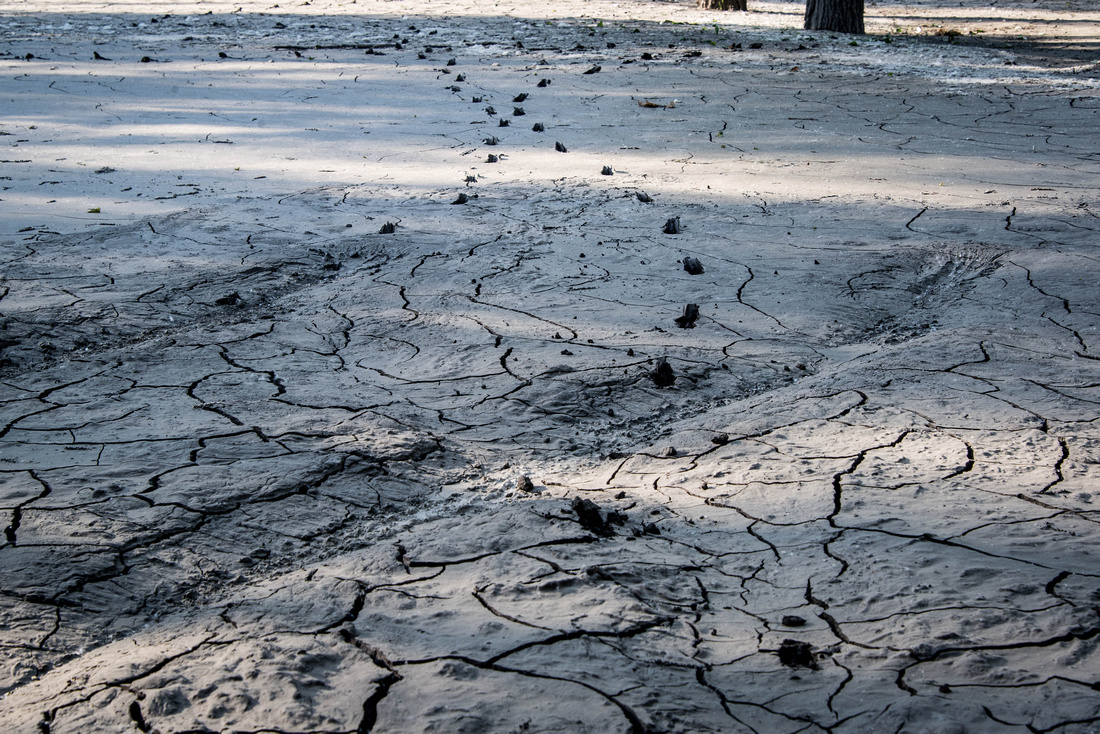 Deer tracks through the muck. People were not the only ones affected by the flood. The poor creatures who make their homes along the river were also put in peril. How many were washed away while they tried to flee the raging waters? 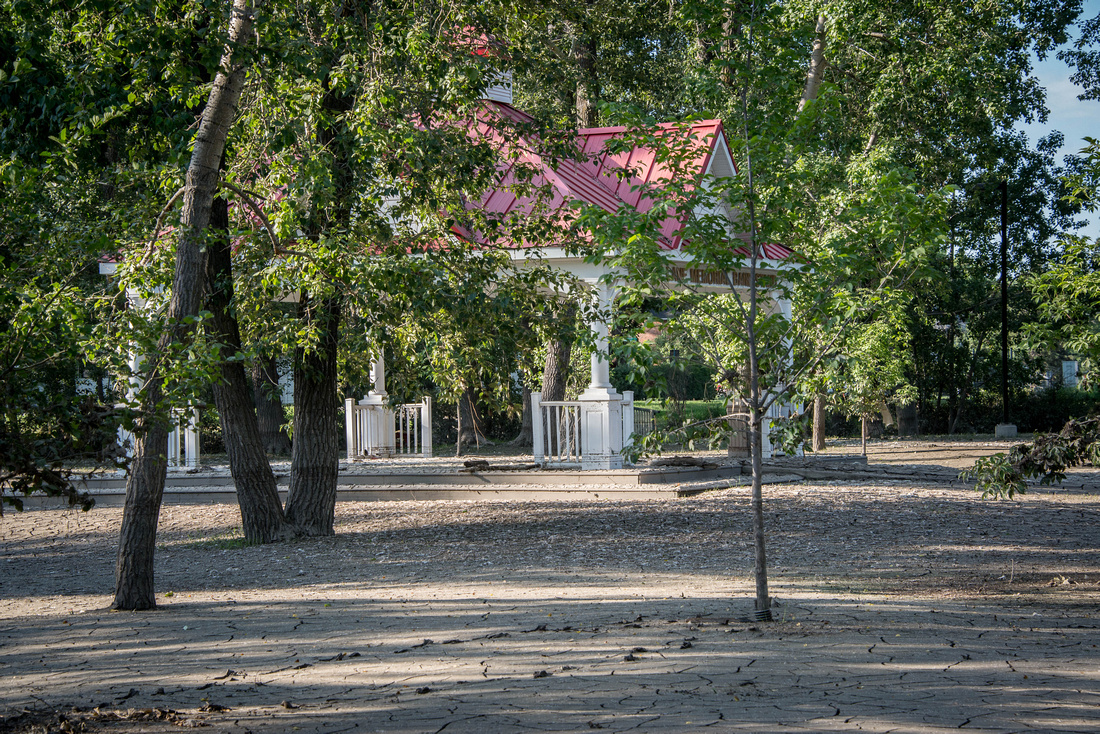 I would have liked to get closer but the ground was too soft and I had no desire to get stuck in mud up to my calf. Two years ago we were celebrating our daughters wedding here. I was told it had been washed away so when I saw it intact, albeit a mess, I was so relieved.

I like to take pretty pictures but there is not much beauty in what has befallen High River or it's residents. I do have faith that there will be wedding vows exchanged in the gazebo again. I believe that parents will bring their children to play in the park again. I also trust that the campers who normally keep the campground full all summer will once again be roasting hot dogs over their fire in the park. And I believe that the community will gather here again on a Sunday afternoon to enjoy some music. Precisely when all of those things will happen - well probably not this year but certainly by next summer! There are a lot of people working very hard to make that a reality so I owe it to them to believe.